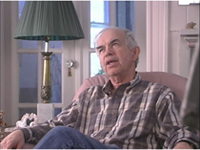 To Fred and friends: Things started going downhill for me in the fall of 2002. I started feeling a lot of pain in my hip and groin area, and I was becoming progressively weaker. I could no longer finish my classes and had to let them go early. I even crashed on the floor of my colleague's office between classes because I was so weak in order to gather enough strength to teach the next class.

By January 31, 2003, I was diagnosed with prostate cancer, a Gleason score of 6, PSA 5.5. This is when the trouble really began. The biopsy for the PSA exam caused an infection leading to a nasty case of prostatitis. I was loaded up with antibiotics of all types. I reacted to antibiotics with even more pain.

I went to several urologists in the New York area including Huntington, Smithtown, L.I. Jewish hospital, Sloan Kettering, NYU Medical and Stony Brook. Nobody would do seed implants and two doctors refused to do surgery. The only option I was left with was radiation. I tried to do radiation and reacted badly to it. Thus, all the conventional doors were closed to me.

In the meantime the prostate began to swell in size and became unbearable. I could not sit in a chair period. A doctor in Stony Brook gave me a lupron shot without telling me what the side effects would be. The shot almost destroyed me. It shut down my urinary tract, caused my stomach to swell, my thyroid to under perform, my legs to atrophy, unrelenting bone pain, tremendous stomach upset, blurred my vision, and made me somewhat nuts.

On top of all of this I got a raging intestinal yeast infection causing constant diarrhea, itching, food sensitivities and more aches and pains. Additionally I was diagnosed by a homeopathic doctor with high levels of mercury.

I went to more doctors with no relief in sight. I had all of the mercury/silver fillings in my mouth removed and replaced with composite materials. I also went through an extensive detoxing process to get rid of the mercury. The mercury levels came down.

I tried physical therapy to help with the muscle and back pain. That did not help at all.

I went to a Chinese acupuncturist who performed acupuncture for the cancer and muscle pain. The Chinese doctor did help the prostate to some degree, but I reacted severely to the herbs she prescribed. I also went to a chiropractor who provided some relief for the endless back pain. I am currently going to a massage therapist who has been the most successful in eliminating the muscle and back pain I have been experiencing.

Throughout this entire nightmare I continued taking the nutritional program at full amount. My PSA went from as high as 7.7 to 0.2. Part of the reduction in the PSA was the Lupron, but the vitamins also played a strong role. I have been able to tolerate the vitamins very well, and I feel they have been instrumental in helping me to get my health back. I learned my body is extremely sensitive to prescribed medications, and to avoid doctors and never take anything they prescribe.

I must also state that Fred has been my savior. He told me what I would experience and what not to do. He is the only one who really understood what was going on in my body. I bothered him much more than I should have, and he was as patient as a saint. I am forever grateful to him.

2/6/04 - Hello - I have gotten some good news lately. Last week my urologist said my PSA was 1.85 which is low after coming off the Lupron and the physical exam was negative. Today I had a color Doppler exam using state of the art technology on my prostate. They can find no evidence of any cancer in the prostate whatsoever.

The nutritional program works. I even enclosed some pictures. If there were cancer in the prostate it would have shown up in color on the slide. The colored spot that is there is a "stone". 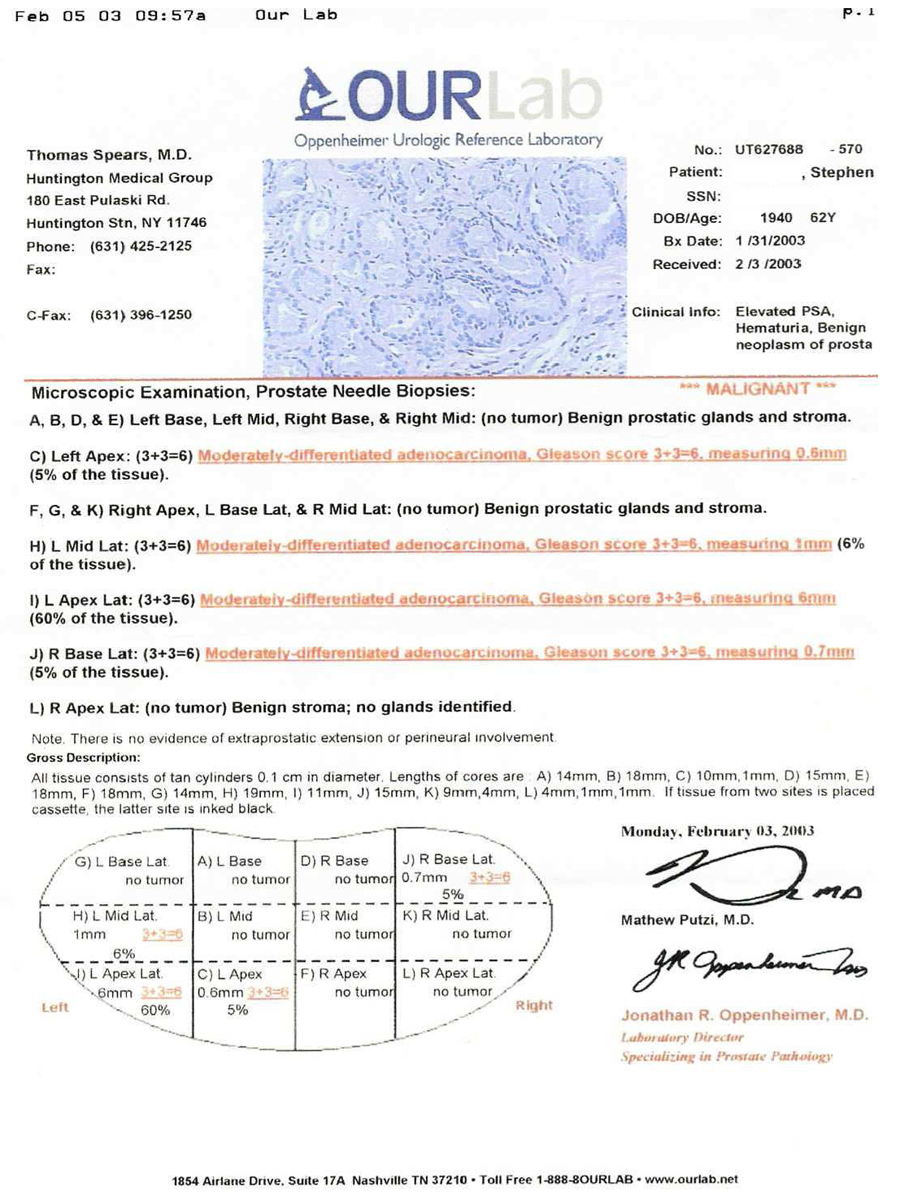 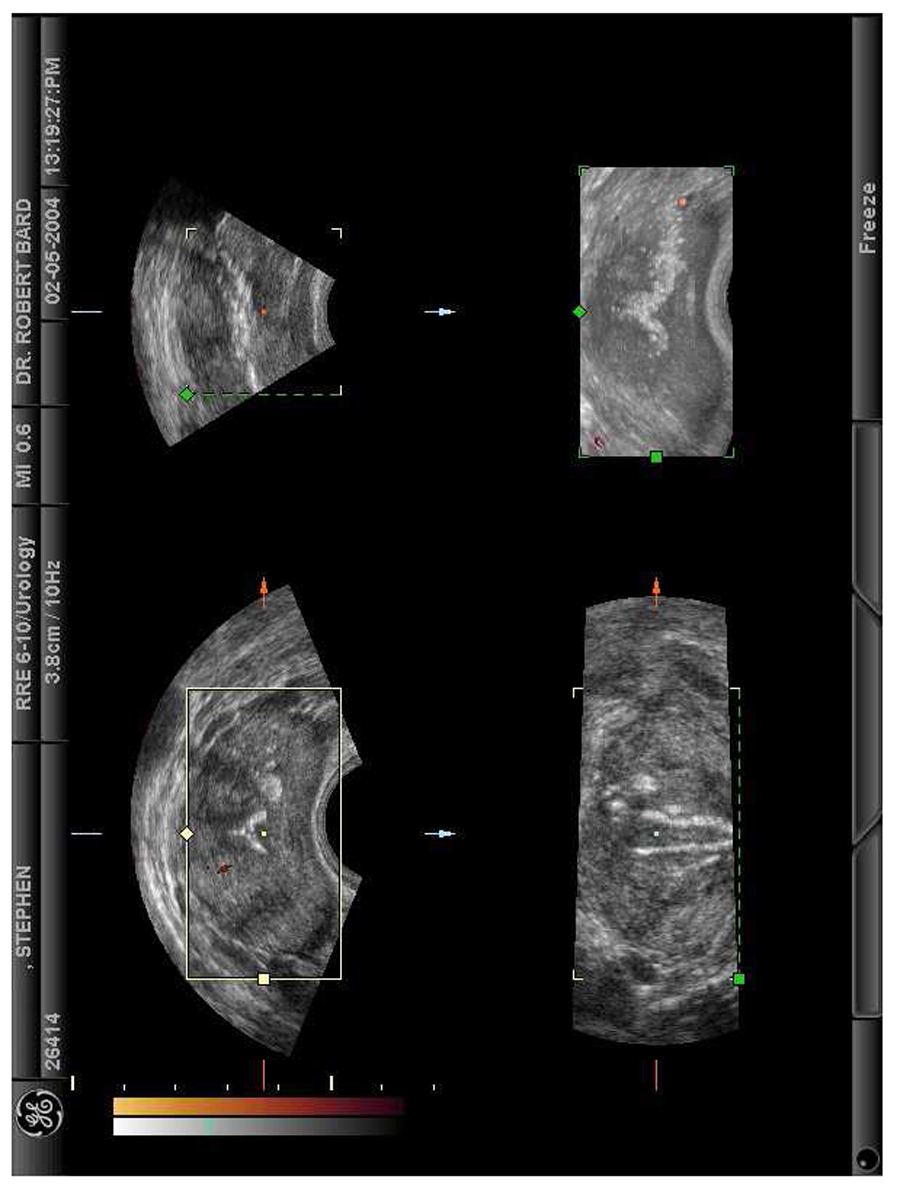