Charlie, 56, was diagnosed early April 2005 with advanced prostate cancer extending past the capsule. The only option given him was lupron and to consider a prostatectomy to prevent further spread. I did not agree with the options at all. See report in first two attachments.

Charlie wanted to try this protocol first. I usually recommend at least 4 dosages daily. Charlie decided, on his own, to do between 8 - 10 dosages daily in order to give it a head start.

He started April 20, at dosage 8. He was also diabetic, high cholesterol, high blood pressure. While on this protocol, his blood pressure reduced which allowed him to wean himself off his meds. His glucose also dropped, allowing him to reduce his meds according to his glucose levels. Because of his reduced cholesterol levels, he weaned off his cholesterol meds also. I was not aware at the time. See chart summary above.

Charlie's wife Julie charted his progress. His doctor was concerned about the 5/2/05 chart showing that he stopped all his meds, she ordered bloodwork. Results shown in "Lab 1" and "Lab 2" show dramatic reduction showing normal results after he weaned off the medications.

Because multiple issues were resolved, he went for a color doppler and MRI on June 17, 2 months after the previous showing extensive cancer. The 6/17/05 tests showed "No Evidence" of cancer. The swelling reflected the damage caused by the 12 biopsies in April.

Today, 6/6/06, recent testing continues to show that he is fine with no problems, no medications and never sick. 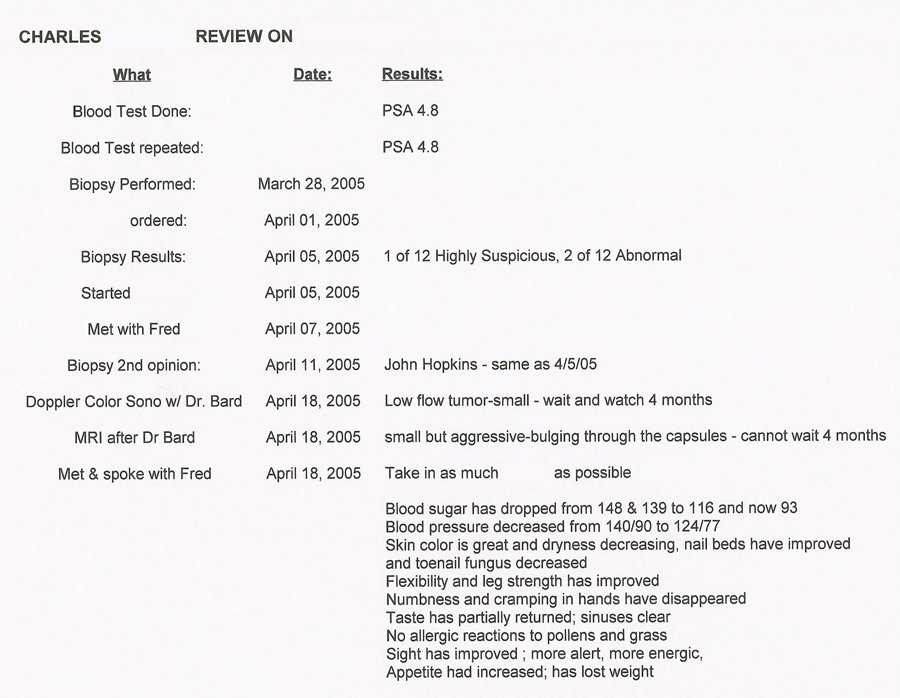 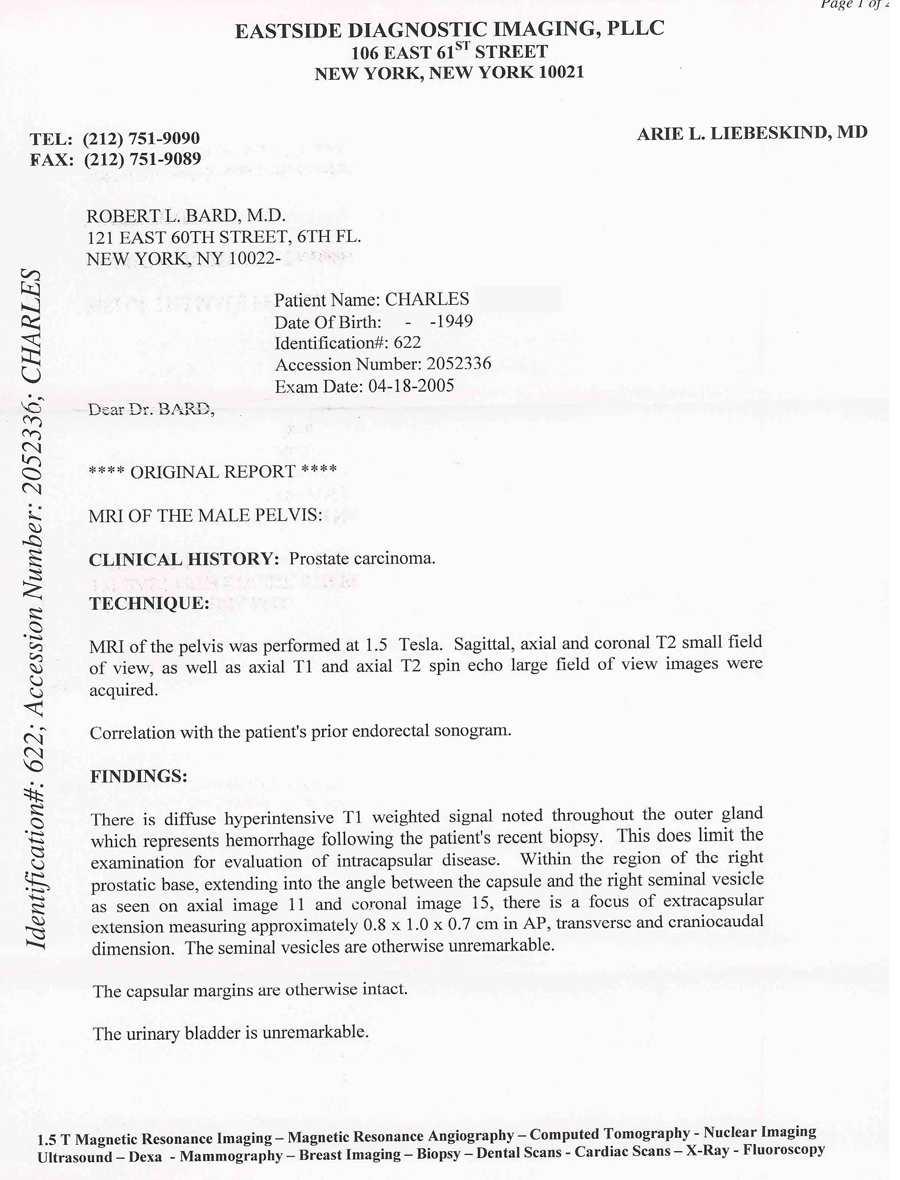 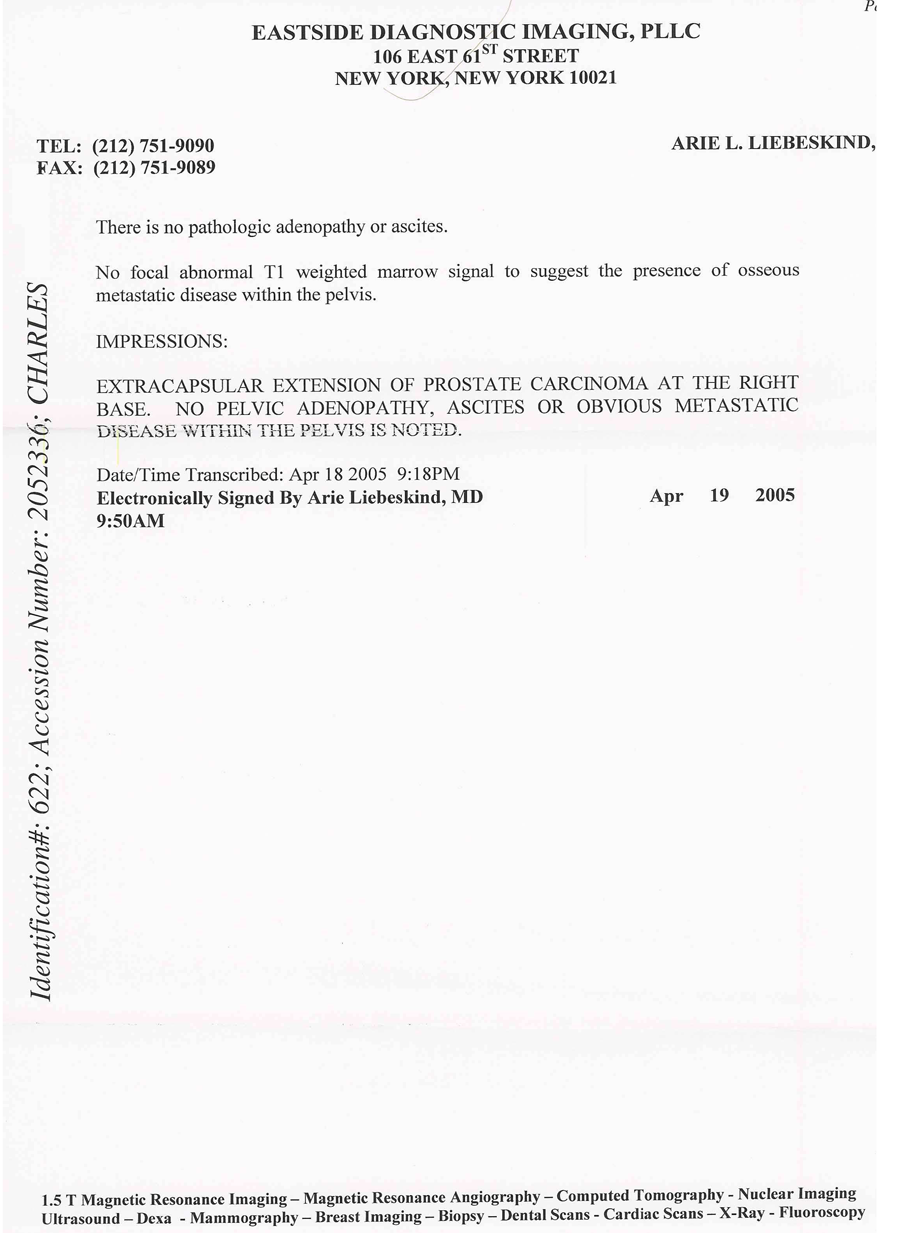 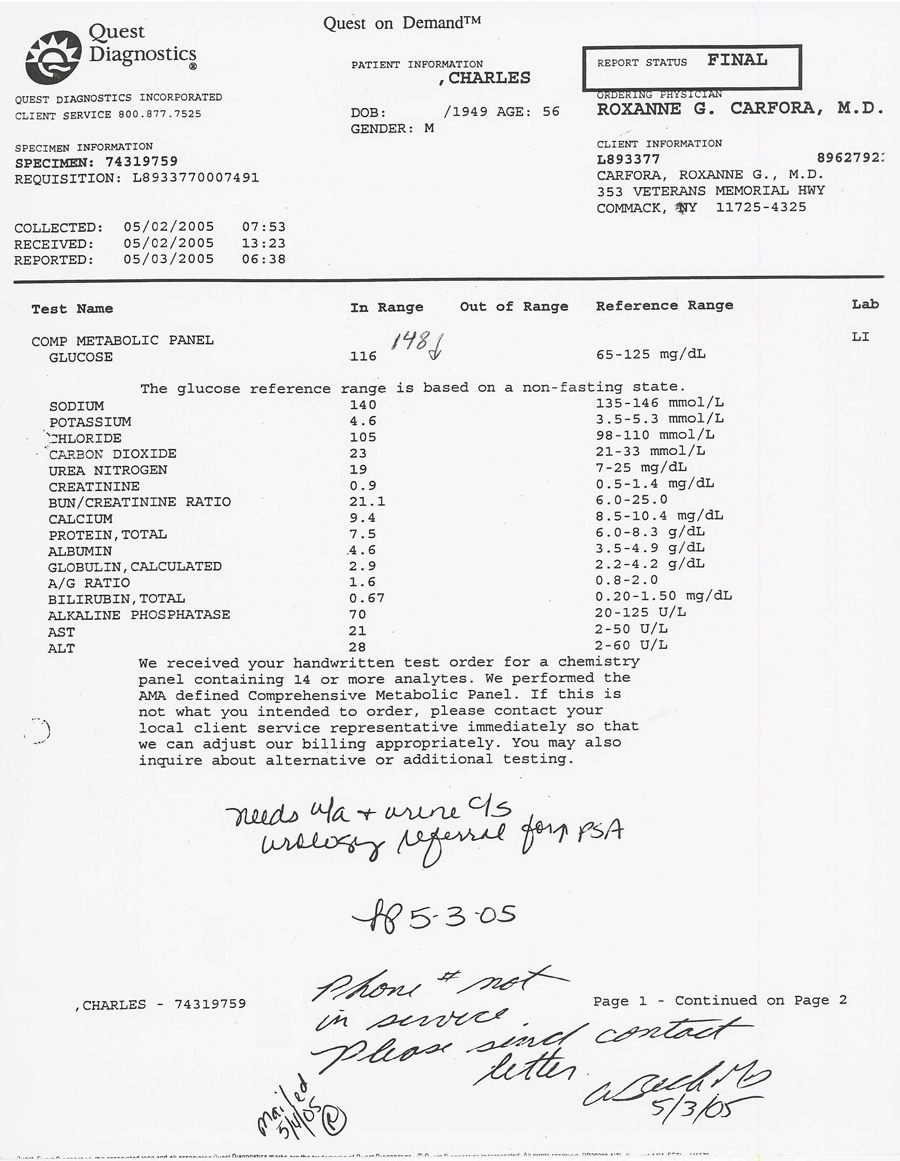 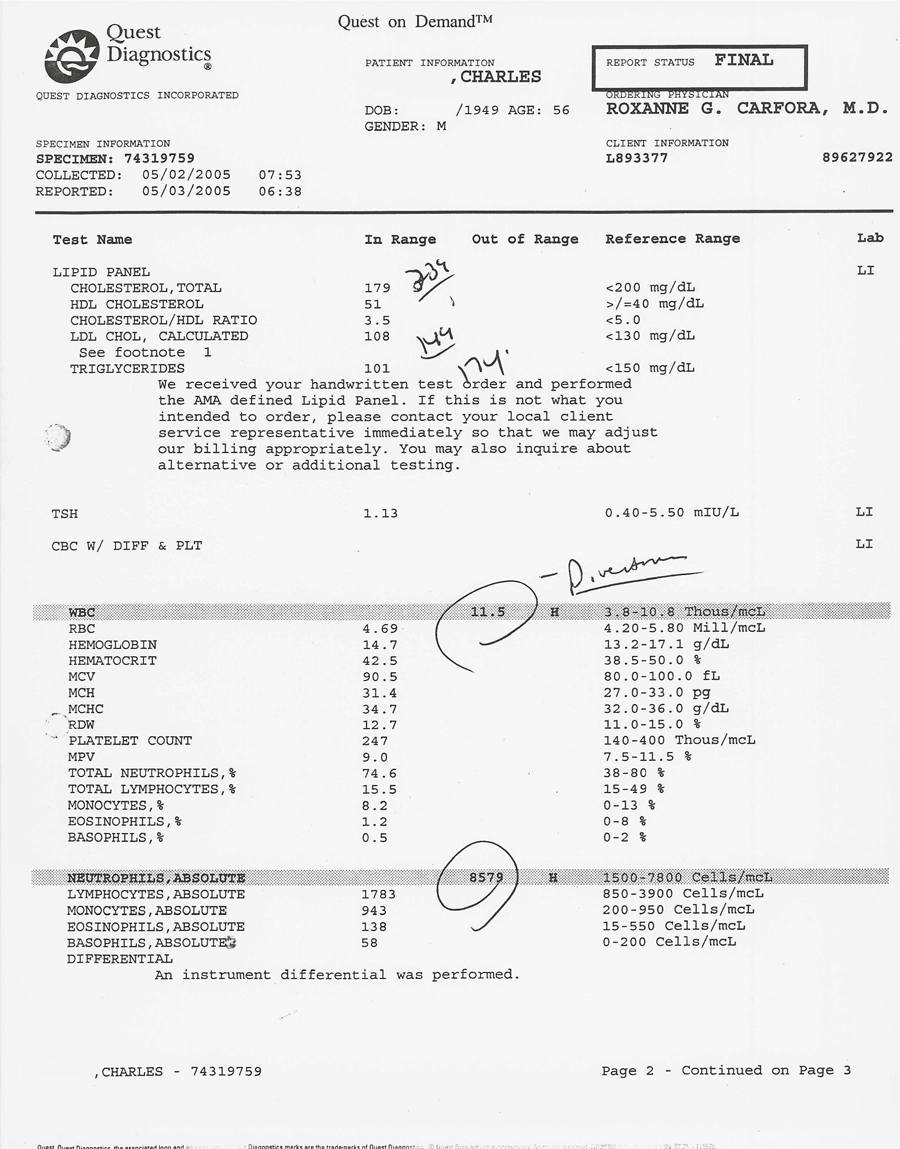 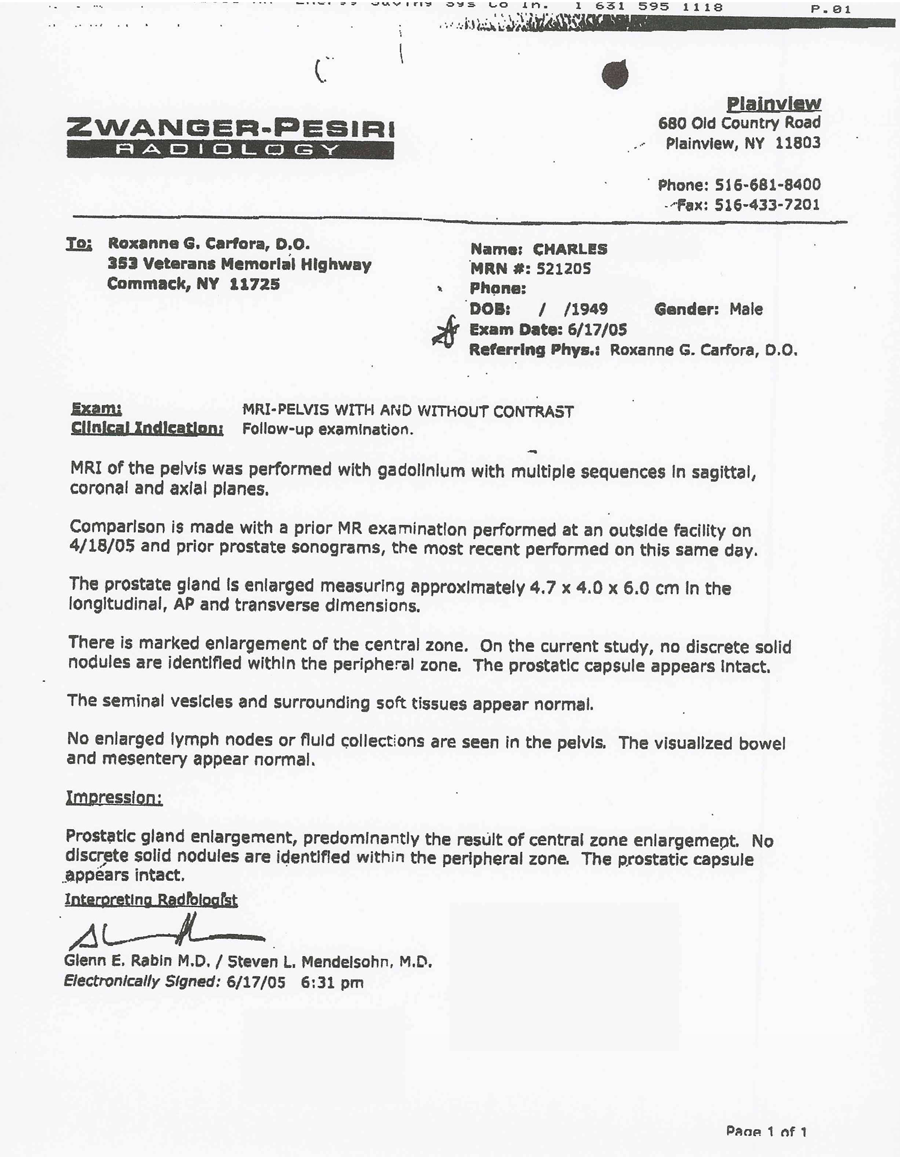