Philip, born 1924, was a 76 yo PC patient who came to see us in September 2000. Previously, he had a whipple in 12/98 and had a plastic stent installed at that time. In August 2000, fully jaundiced, he was told that the PC "returned" ( I said that it never left because they never resolved the problem in the first place.) He was not able to walk and had hospice set up in the living room, given a few weeks to a month survival. I urged them to get a metal stent installed, the doctor argued, eventually it was done, the jaundice cleared up almost immediately.

In September 2000, he came to see us, his CA-19-9 was 1265, his bilirubin was 16, and diabetes was severe, his blood chemistry was all over the chart, he was in extreme pain, loss of energy and appetite. Upon vitamin dosage 4, the improvement was dramatic. He had a few up and down episodes.

After 2 months on the program, Nov. 2000, CA-19-9 was 698 and bilirubin was 1.4, blood chemistry was great. The diabetes was non-existent with no symptoms. By Christmas 2000, his appetite returned and pain reduced.

Over time, he recovered and symptoms diminished, doctors confirmed that he did not have any evidence of cancer, the pain was caused by the whipple surgery, which also developed painful scar tissue, he did not get the necessary therapy to loosen up the scar tissue, which was wrapping around the intestines. During May 2002, the pain increased, he stopped eating because of the pain. He was throwing up his food because the scar tissue was tightening around and closing intestinal passage. We kept suggesting that he get the scar tissue surgically removed, his oncologists would not authorize any visits to any surgeons. Instead, they simply prescribed more pain meds. After such a great recovery, he passed away in September 2002 as a result of starvation due to the scar tissue not being removed, the non-oncology doctors stated that he did not have any cancer when he died.

NOTE: On the following blood analysis, look at how many values are above normal in earlier tests compared to the later values which are more towards a normal range.The tests taken after these results show bilirubin at 1.2 in early December and 1.0 towards the end of December. Hopefully, I will soon get those copies.

Jan. 22, 2002 - As per Kathy, many doctors confirmed that Phil has no evidence of cancer anywhere in his body

September 17, 2002 - Phil had difficulty over the past few months due to scar tissue wrapping around the intestines caused by the whipple, the doctors refused to do anything about it and did not give any IV until the very end when he was extremely weak. Although there was no cancer evident, Phil passed away from starvation. Everyone was frustrated because the doctors wrote him off a long time ago and did nothing to help him when he asked for help. What made me more upset was the fact that Kathy and her family are friends of mine for 25 years and our hands were tied. I also believe that Kathy was the primary person responsible for keeping Phil alive past the doctors prognosis. 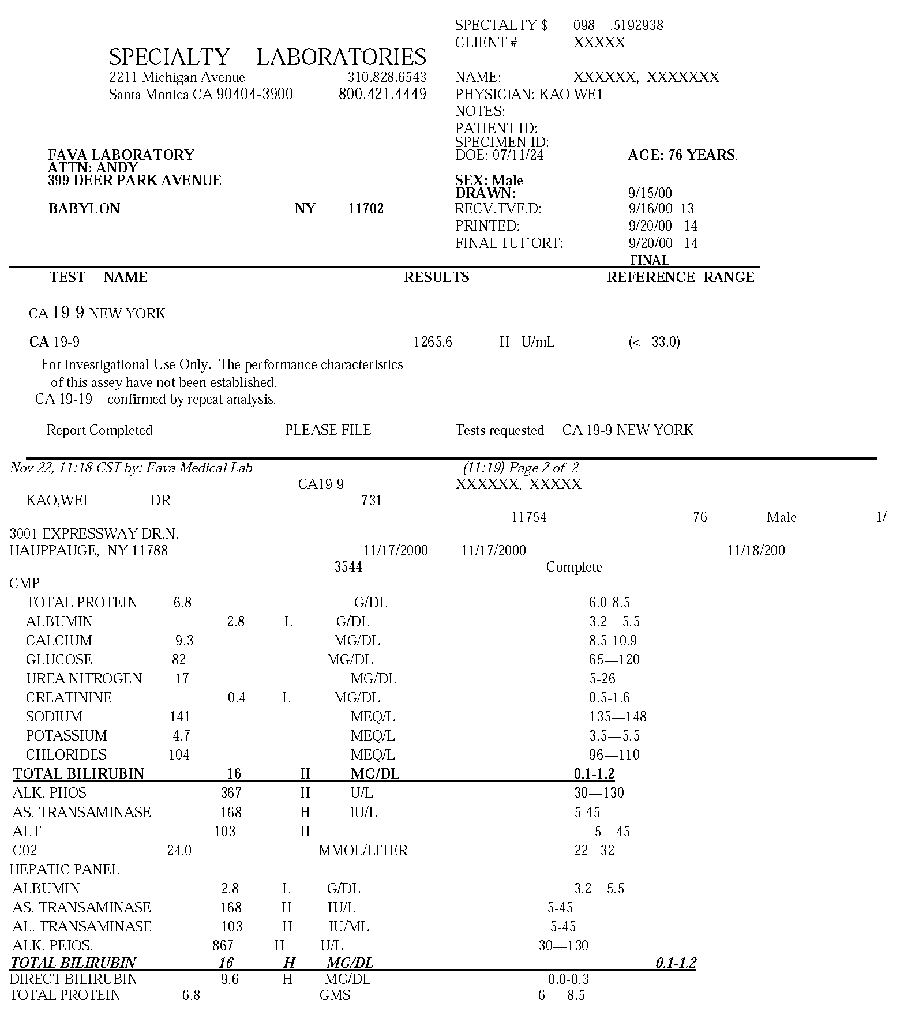 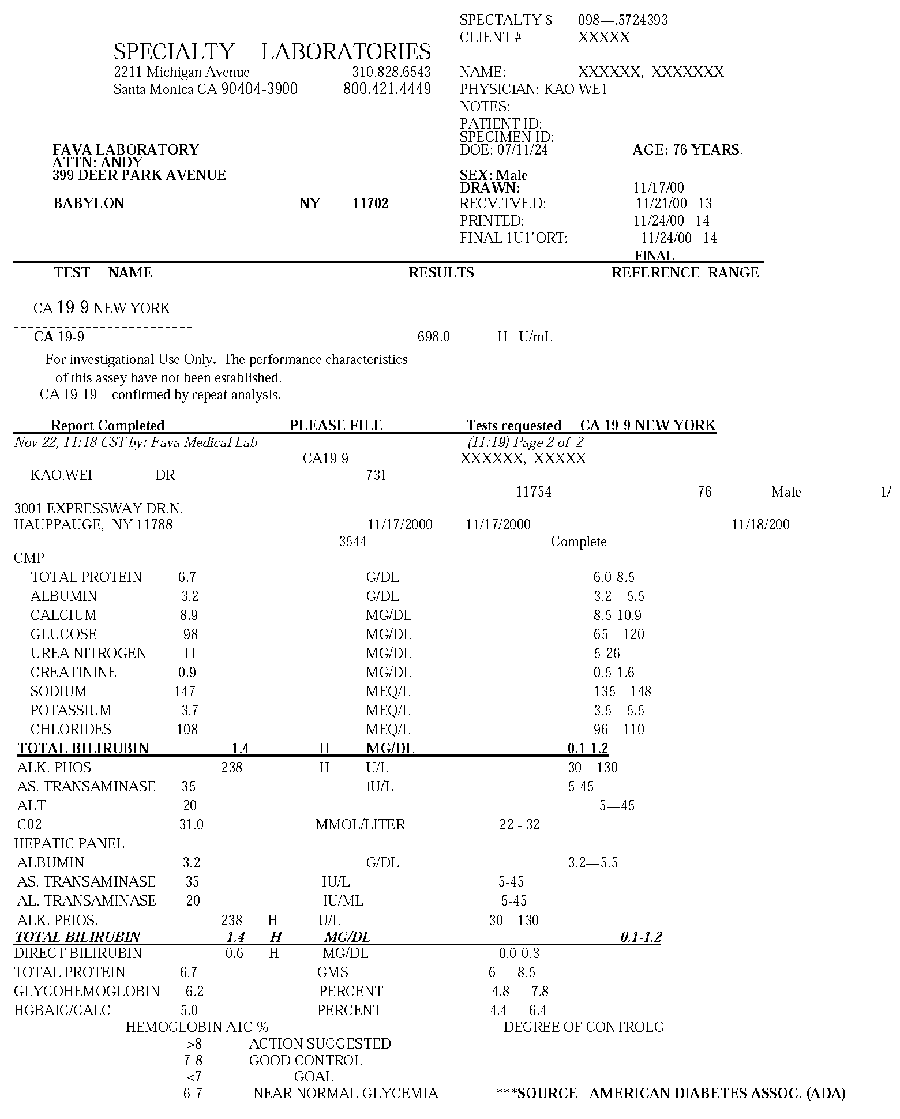