They came to see me a few days after that, despite the reduced bilirubin, he was still jaundiced. After two hours, his jaundice was gone, and joints were no longer painful. He felt better, not 100% great, but much improvement. As days continued, he continued to improved.

On October 5, he had a pain and was concerned, went to hospital. To be cautious, they did blood work and a CT scan. To their surprise, his bilirubin reduced to 0.8, and the ALT/AST/Alk Phos reduced to 43/58/218. they were quite happy and surprised because they never expected to see that. The CT scan showed no evidence of gall bladder nor pancreatic tumors, nor the lymph node, all clean. The 6 mm pancreas cyst and aneurism was reduced a little, not significant though.

On Oct 29, the Ct sowed improved results again, the aneurysm reduced a little as well., Bilirubin was 1.1 which is a normal fluctuation, ASTALT/Alk Phos reduced even further down to 34/39/195, they were quite excited.

He felt so wonderful, on Friday, Nov 7, he went to Spain for 5 weeks. He feels great!

Update: Feb 10, 2009 - PET scan of entire body showed no evidence of any cancer anywhere. See top of the 2nd page from Feb. 10 for accurate one sentence summary stating this. 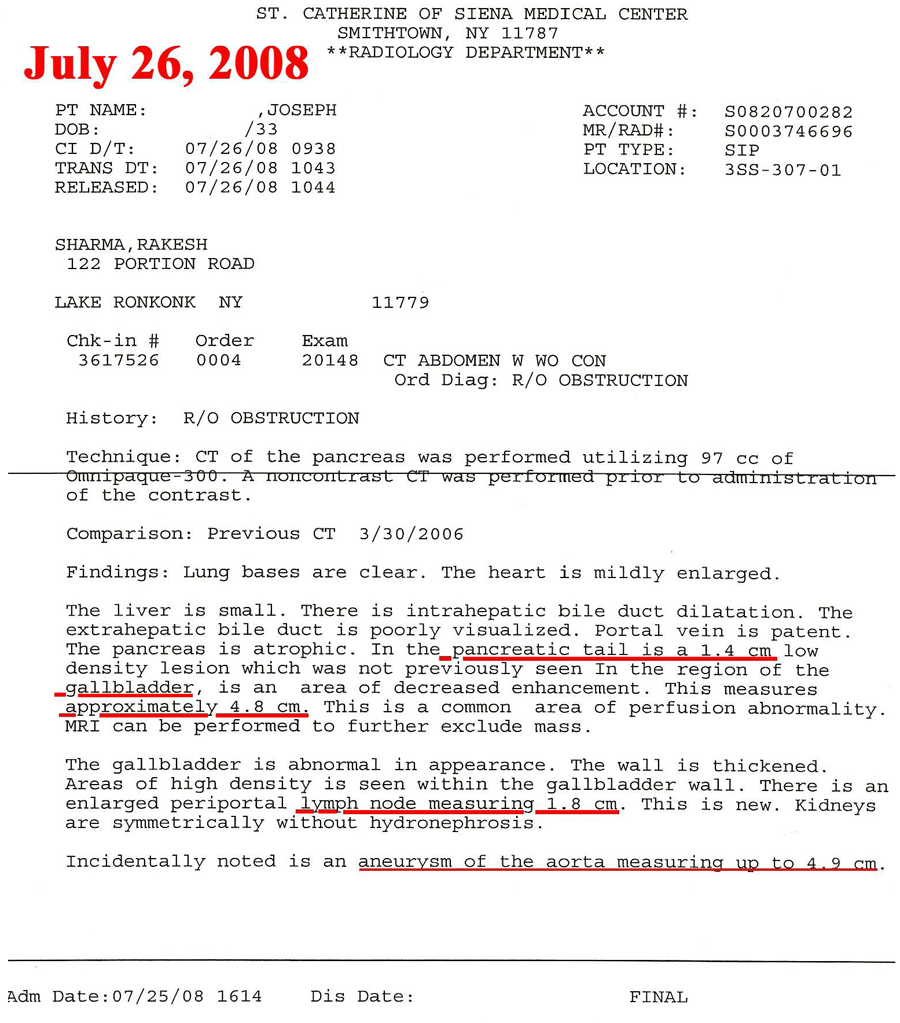 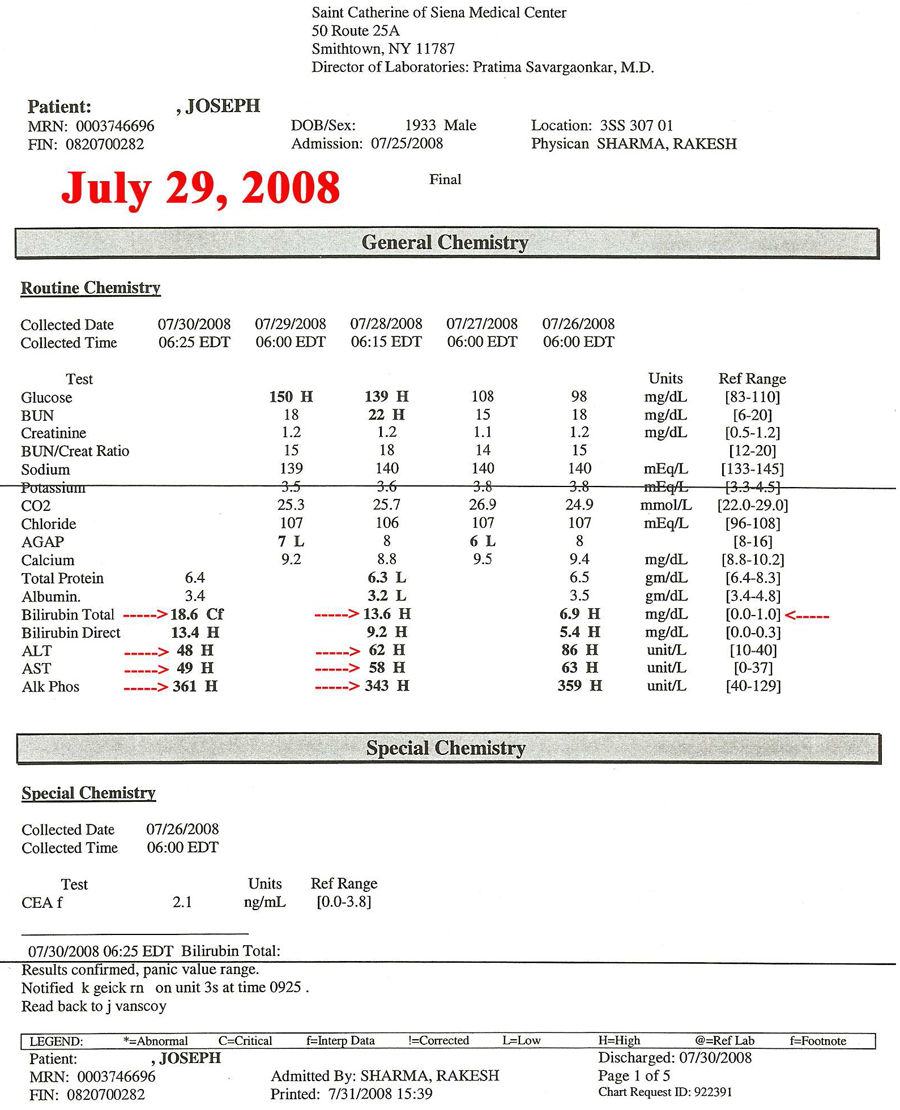 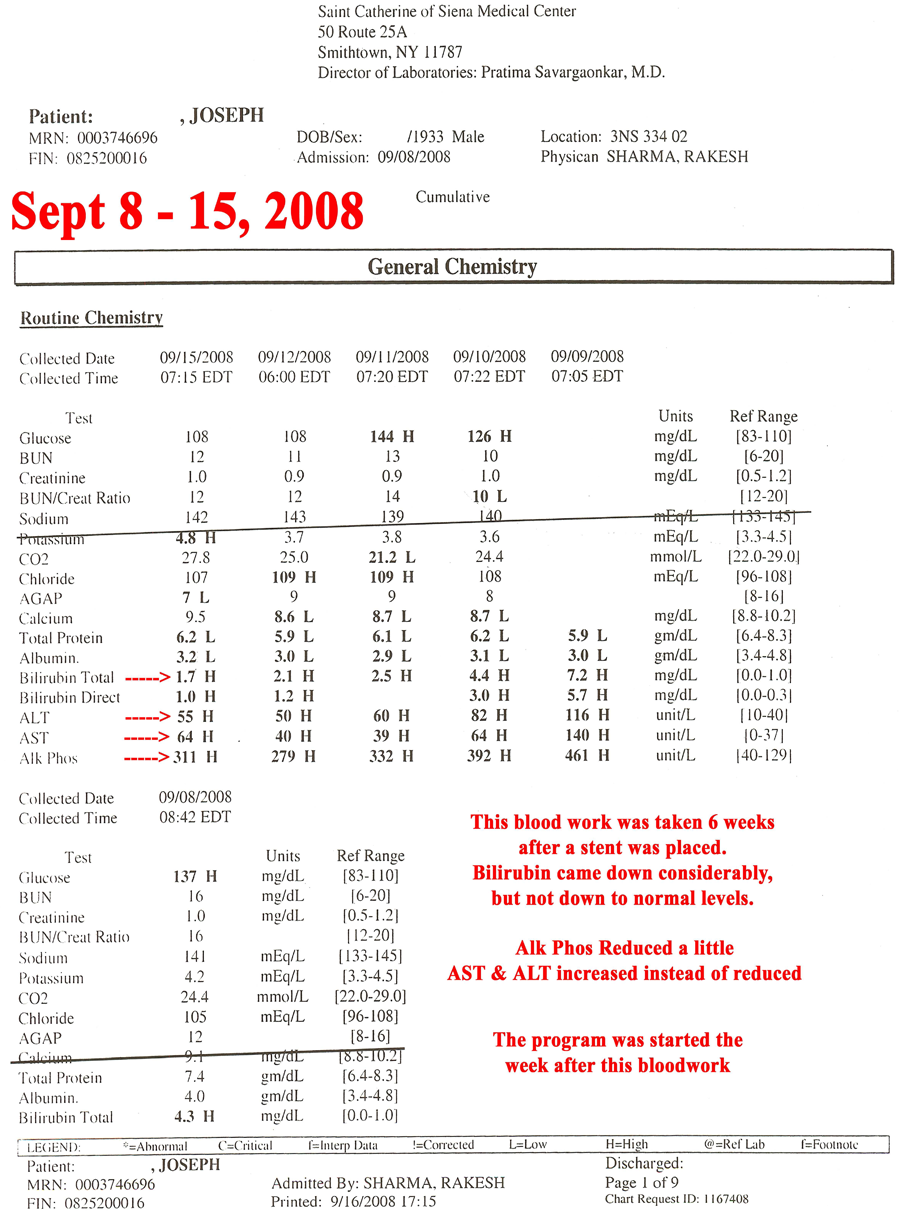 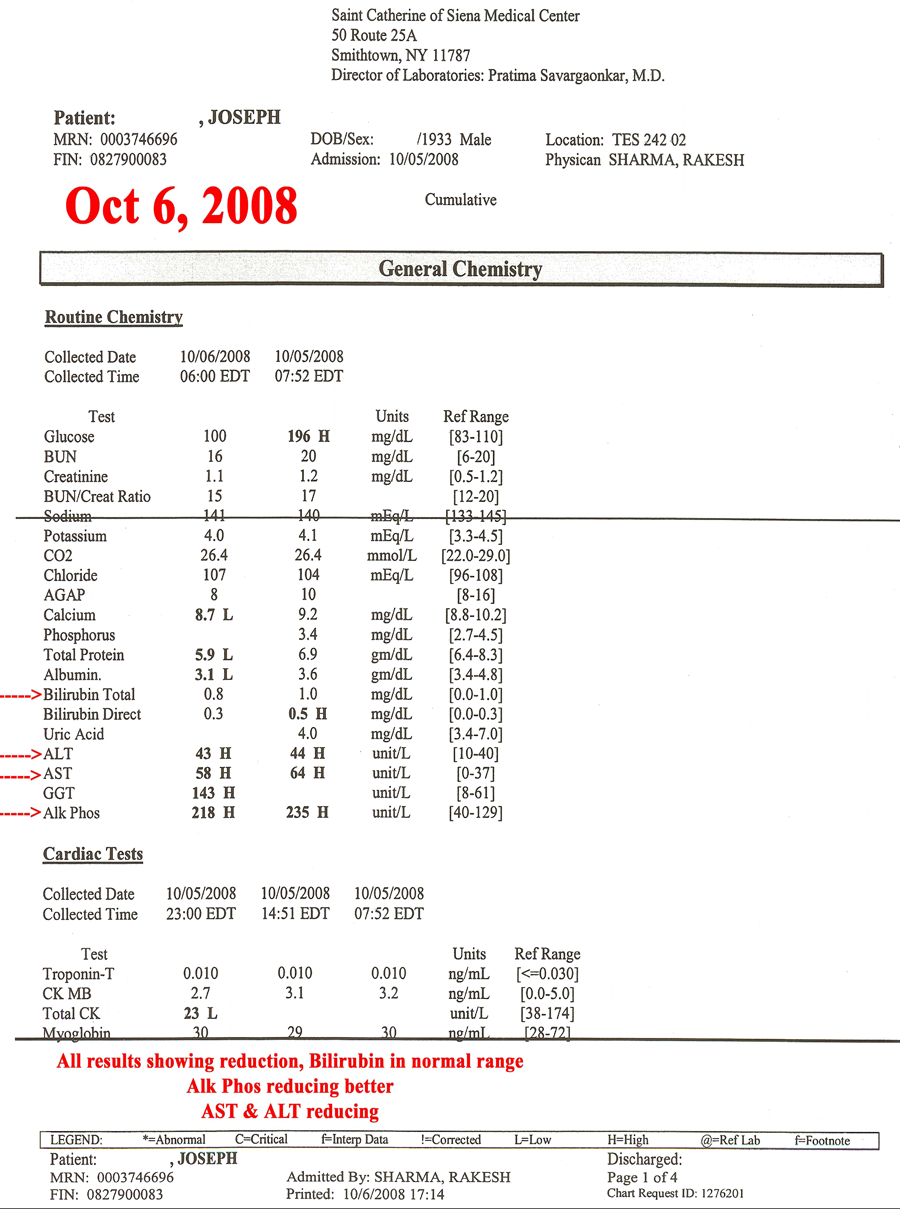 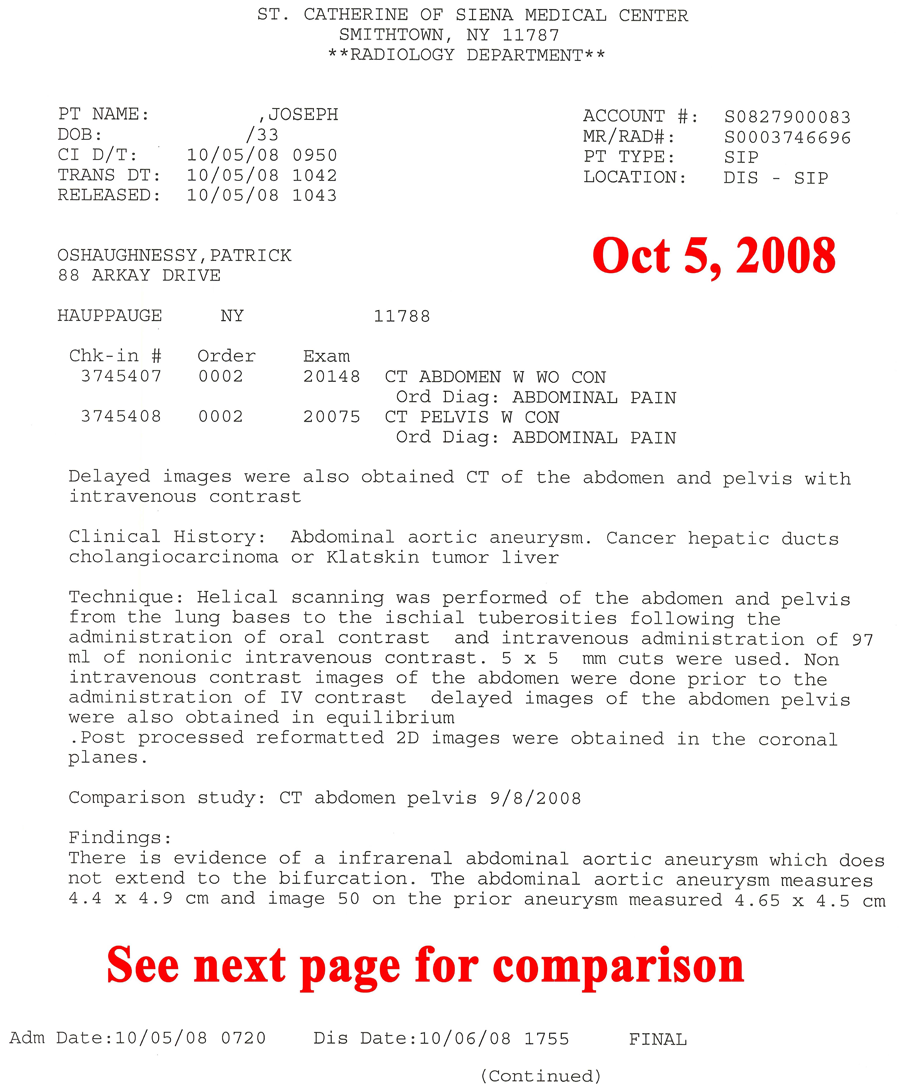 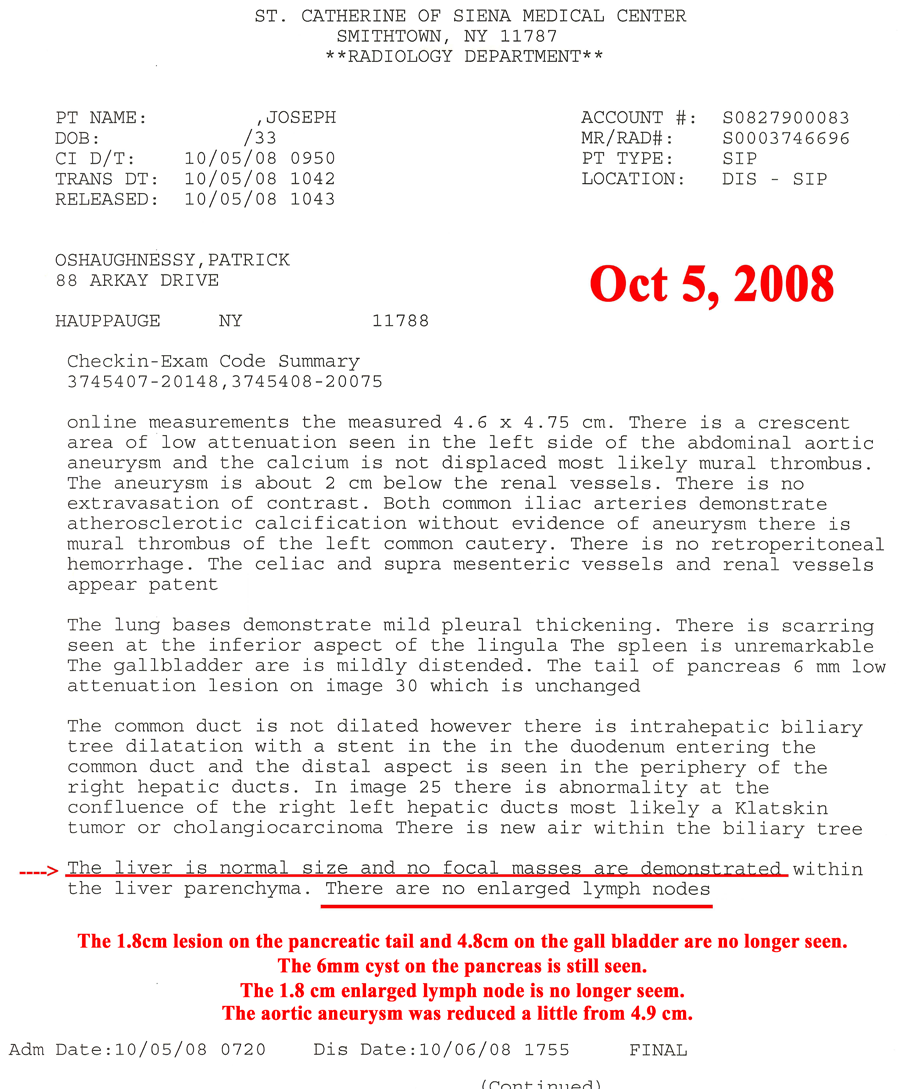 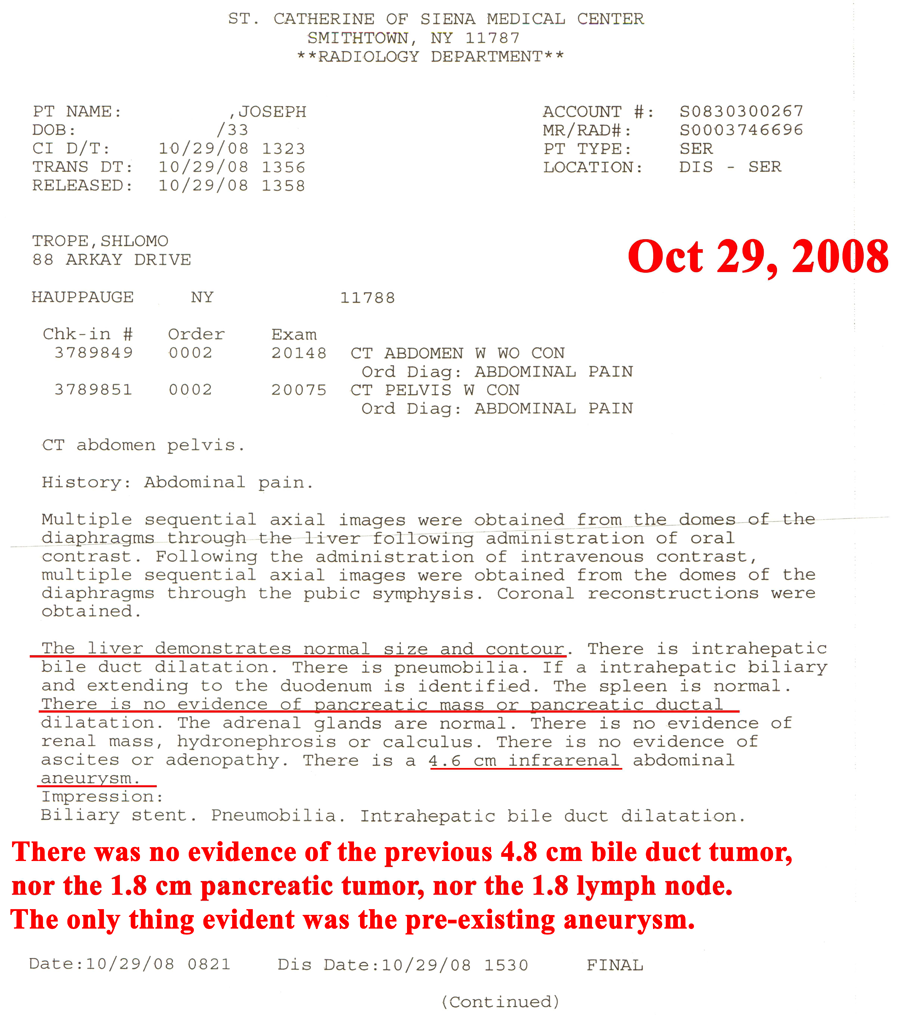 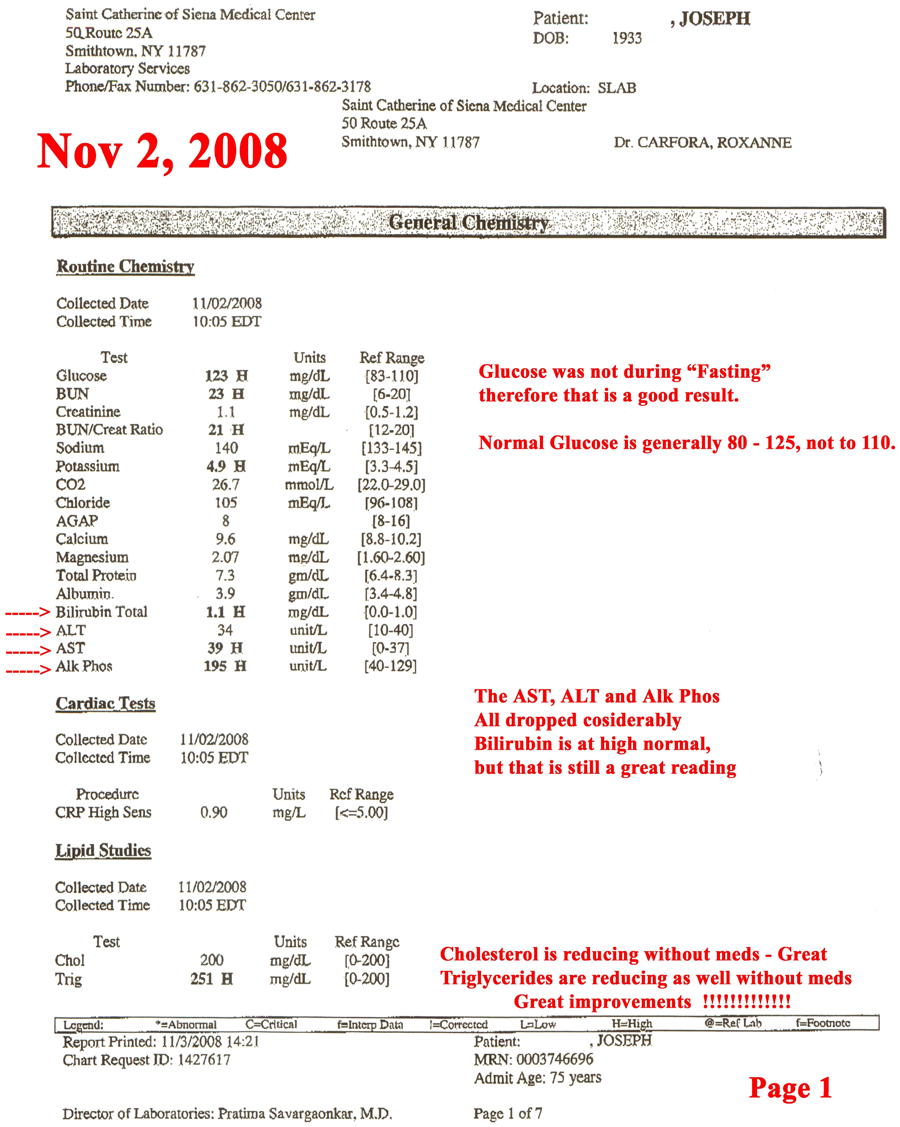 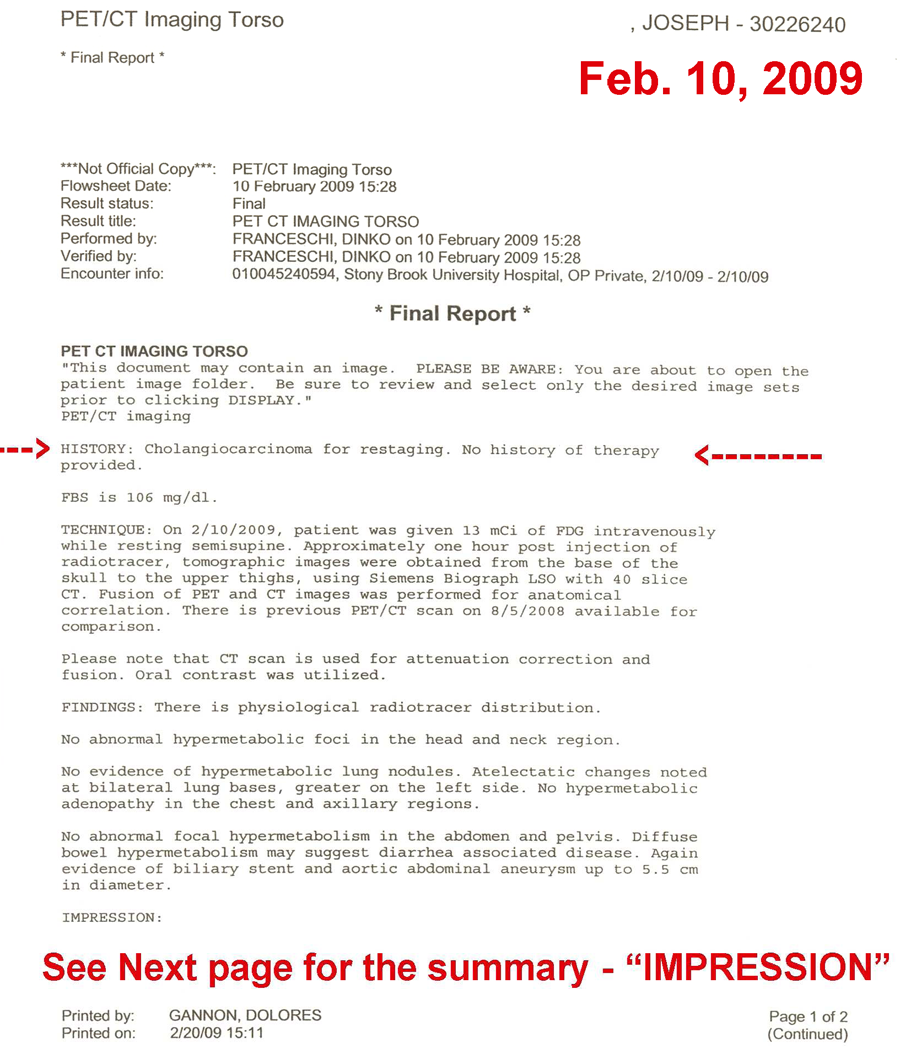 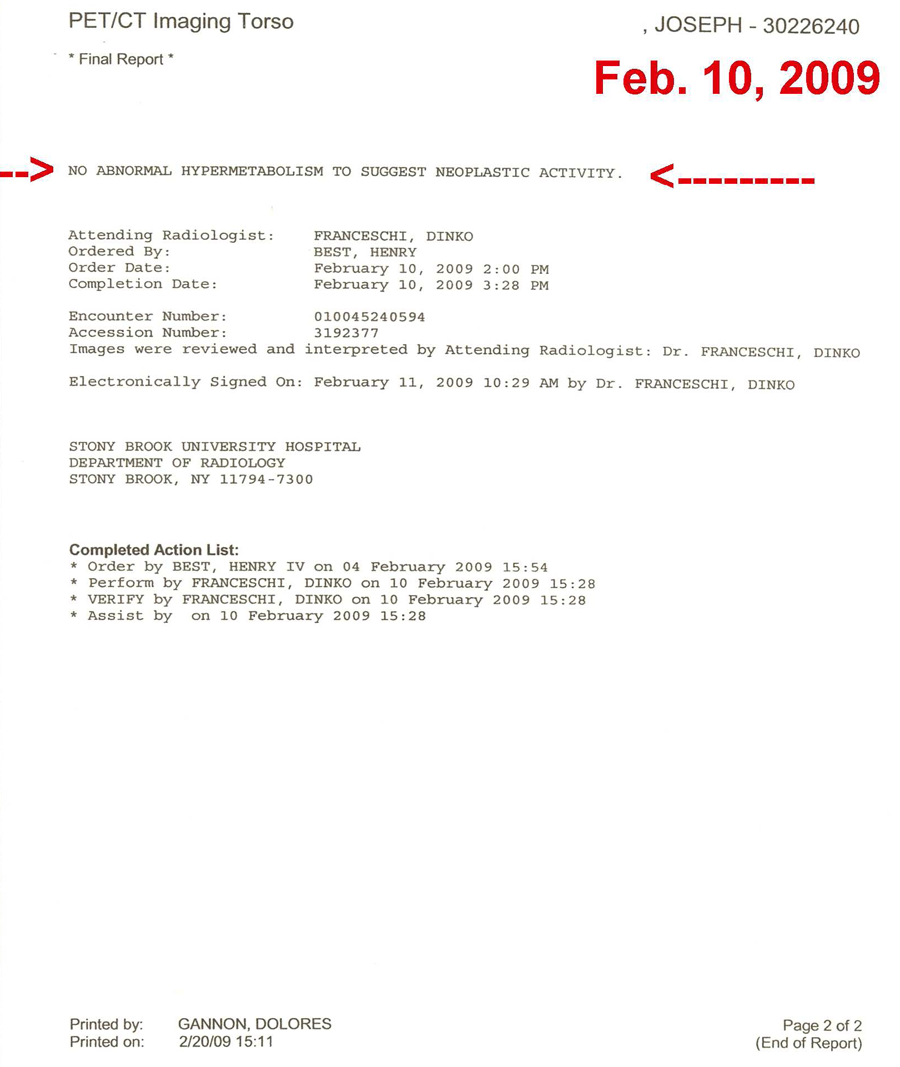