Nell, 78 years old at that time, was diagnosed with 5 cm lung cancer on December 22, 2006. The doctors told her that she had no choice but to take chemo to add time to her life, she was given a short time to live. She refused and did not want their treatments. She started with 4 doses daily, sometimes 8 when she could. When she returned the next month, she felt fine, the tests could not show any mass. The doctors were confused and told her that they never saw anything like this happen before. They added that they never saw lung cancer improve, therefore, they can only believe that they must have incorrectly diagnosed her in December and that instead of lung cancer, and that the biopsy had to have been incorrect because it resolved itself and went away, it therefore must have been pneumonia. Although they never saw pneumonia do that, they can only draw that conclusion because they have no other explanation. 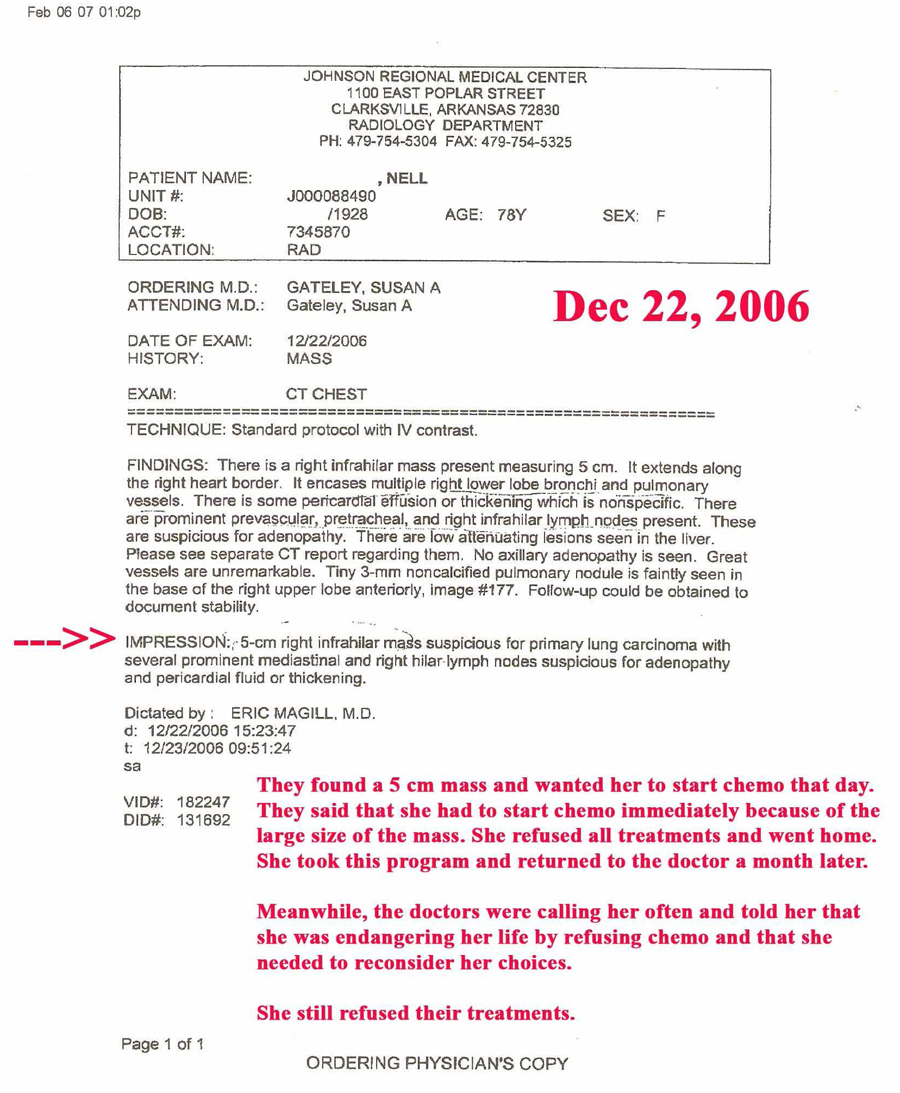