Tests on October 6, 2007 documented that Wendy had liver cancer in 2 locations, she was given a few months to live in Oct 2006. She said that they demanded that she immediately start chemo and radiation to offer her additional time to live. She changed doctors and chose one more familiar with her chosen goals.

In January 2007, they could not find anything, the radiologist still wondered if it was an infection, except that the previous tests verified that it was cancer, only because they are not accustomed to witnessing these results. She is fine, currently shows no evidence that she ever had a problem, however, the previous records document that she previously did have a problem back in October 2006. 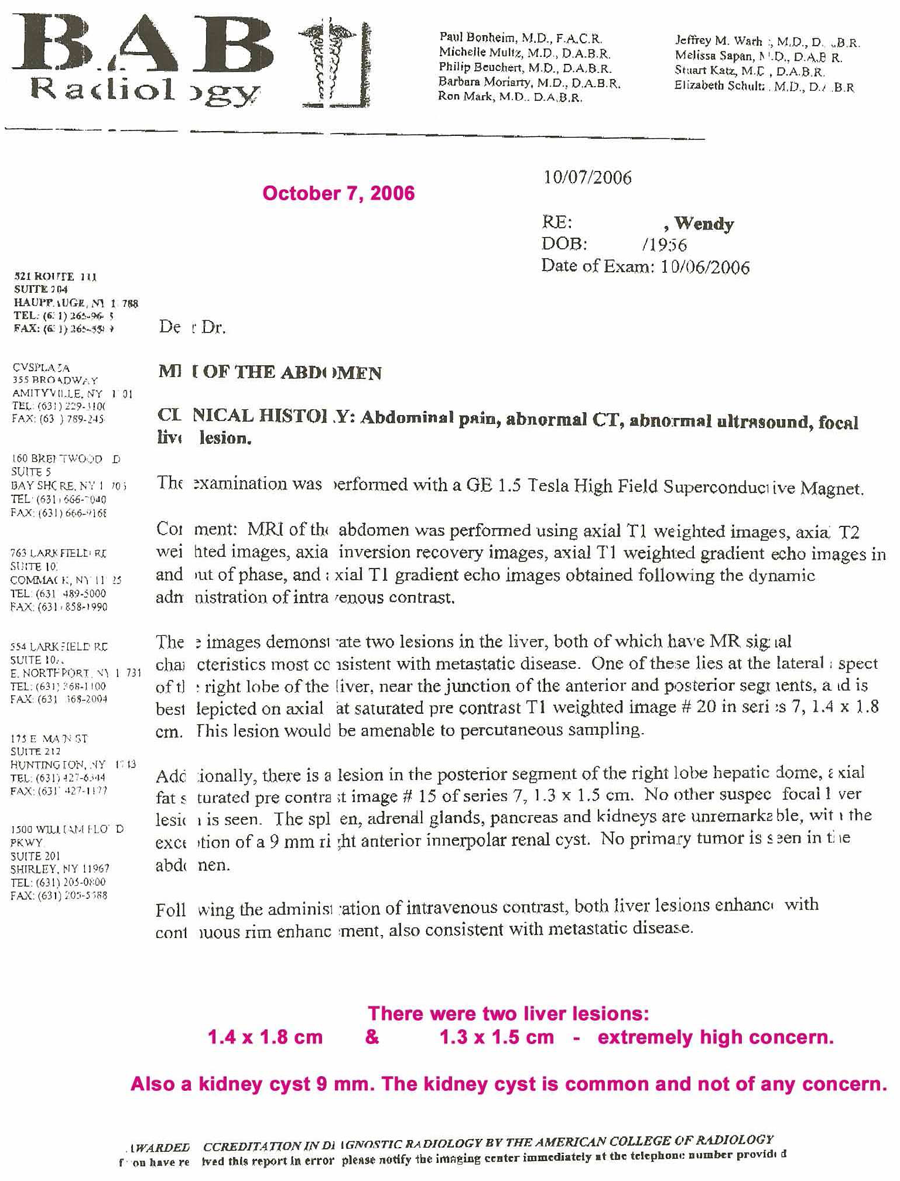 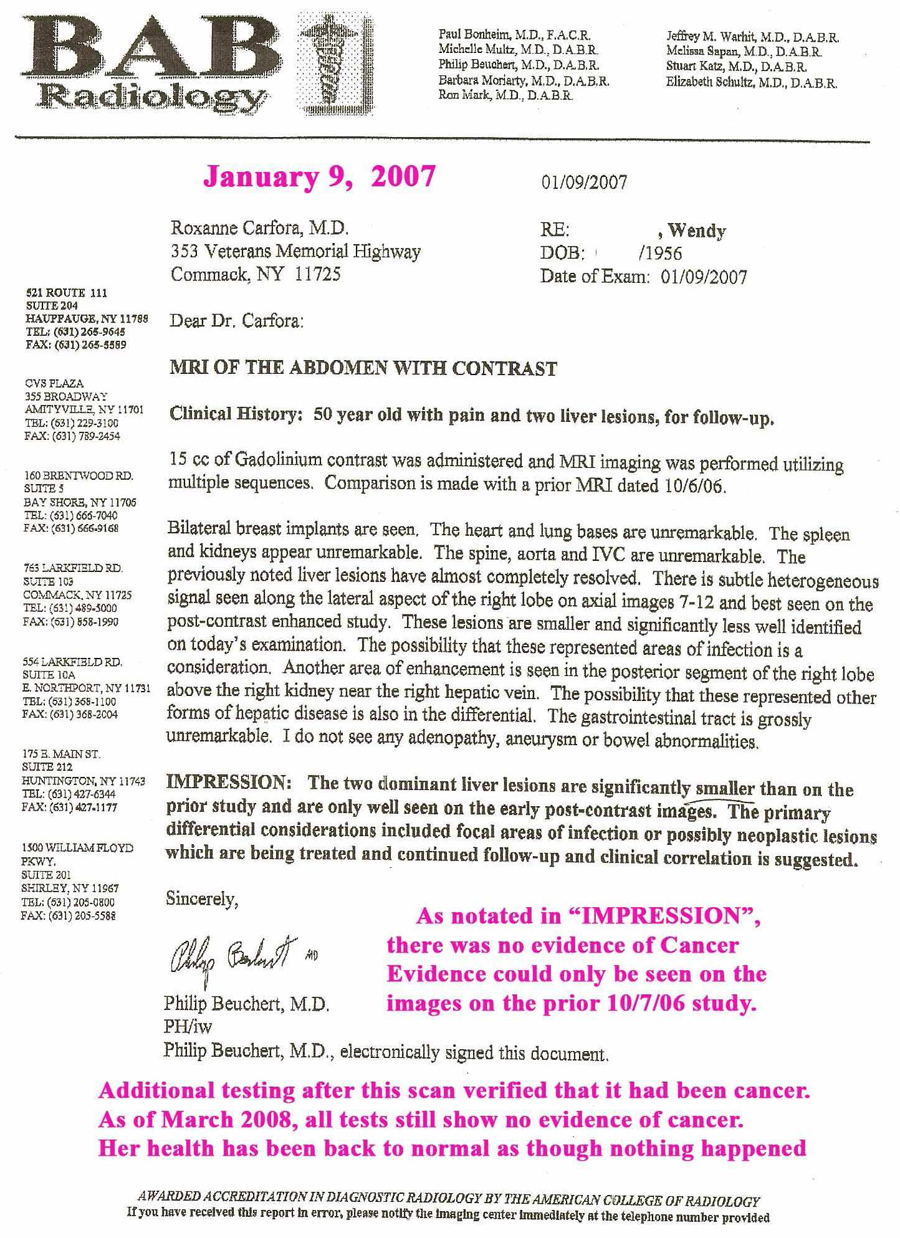