Pat born 1929, dx 12/18/97, football sized tumor with mets to lung, not a candidate for surgery, given 2 -3 months survival max at that time. Started his nutritional program 12/18/97, by Easter 1998, tumor size was reduced to the size of a walnut, by Memorial Day, size was minimal, surgeon did exploratory, found some small evidence of mass which was mushy and necrotic, did colostomy "just in case". Meanwhile, Pat tests did not prove that the soft mushy mass was cancerous, he had no pain nor any symptoms to justify the surgery.

During the summer of 1998, he stopped taking the nutritional program totally because he did not want the inconvenience of them in his diet, he led his life close to normal without limitations. August 2001, during a routine check up, there were questionable marks on MRI, without verifying the questionable mark with a PET scan, the doctor demanded that Pat start chemo immediately, after numerous months with no indication of any problems, he did not feel well, and decided to start the nutritional program again while taking the chemo. He maintained his strength much better than anyone at clinic anticipated and stopped the chemo about November 2001.

By December, he felt much better.

The April 2002 and August 2002 PET scans revealed "no evidence of cancer" and he was in great shape.

About mid-February 2003, he started to feel bad, tests showed that he had a reoccurrence. He only started the nutritional program again late March, however, he passed away on March 31, 2003. It was so sad because there was no reason for it, his wife was overwhelmed by it because she could not convince him to start again until it was too late. Although we were happy that we were able to add 5 years to Pat's life, we were equally sad because it was his choice, which we must respect. He was so nice and good to his wife. We do not understand the reasoning behind his decision. 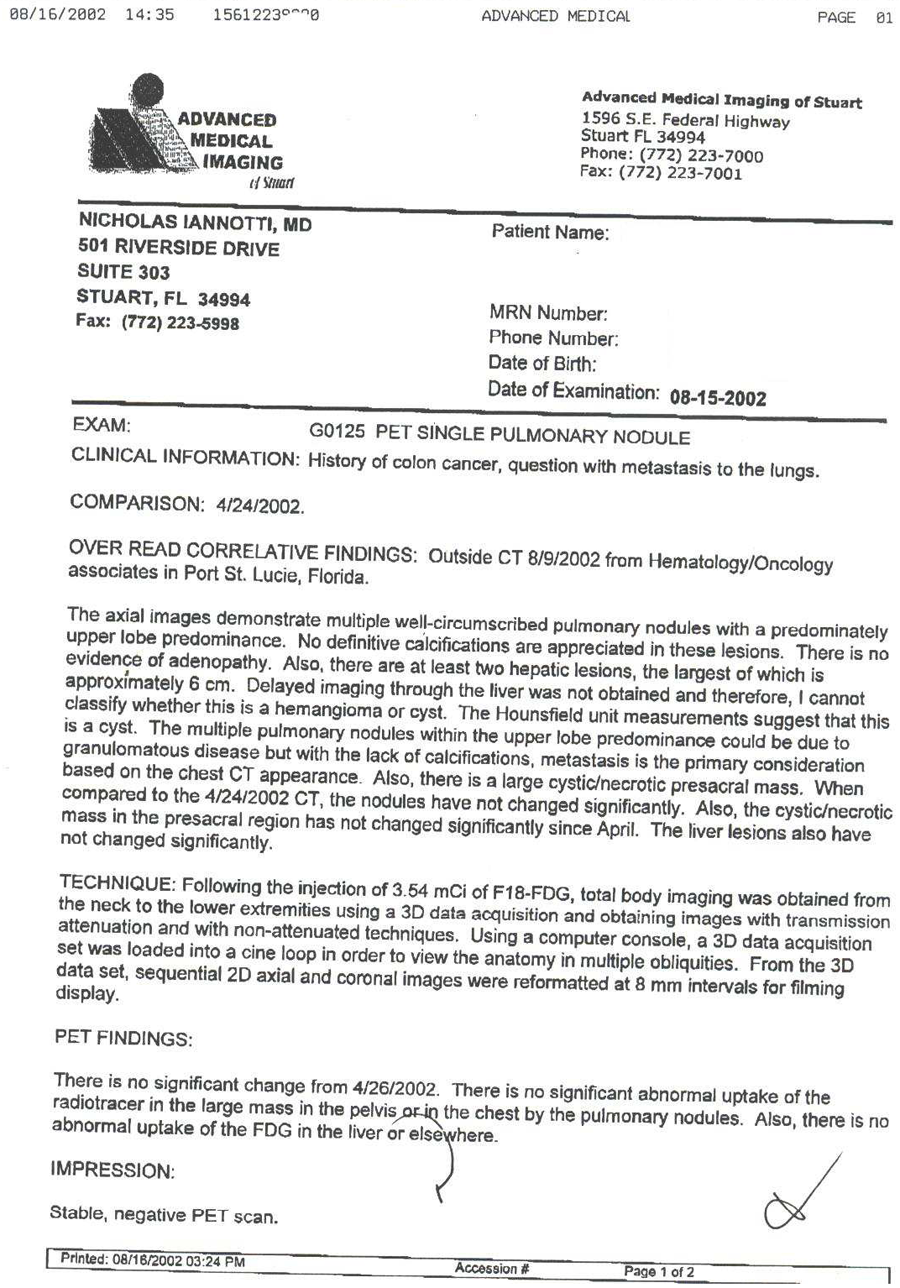 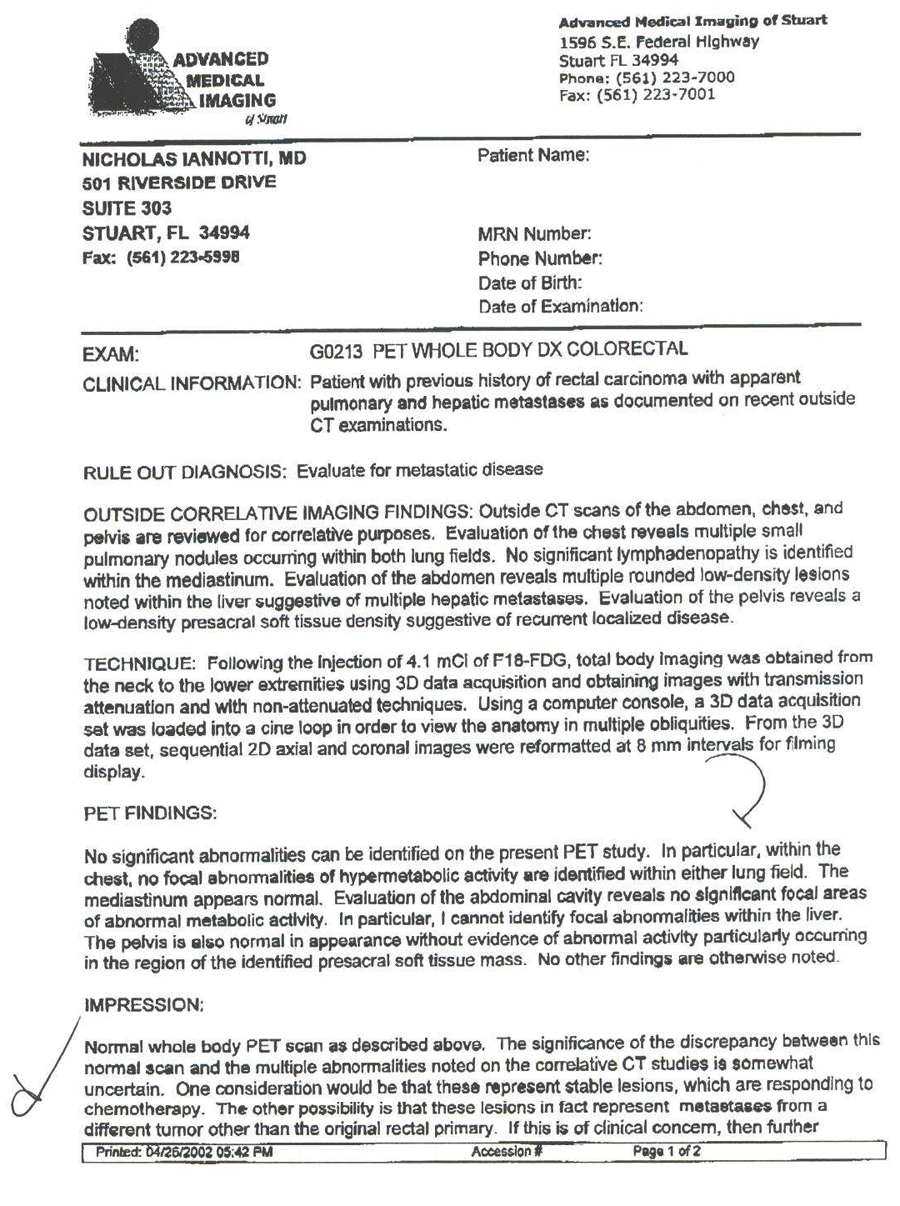