Cesar Sr, born 1925 - dx colon cancer, Oct 2000 - rectal ulcerative invasive adenocarcinoma, well differentiated. At that time, a colostomy was done and the larger of his tumors were removed. In Oct 2001, three tumors were found, each the size of apples. In January 2002, the tumors started to bleed, and they found abscesses in colon, he was given 45 days to live. He started the nutritional program January 22, 2002. By Spring 2002, the tumor diminished and very little was evident.

In September 2002, all tests showed "No evidence of cancer", doctors were puzzled, even checked to verify that the imaging equipment was working properly. The doctors were unable to locate his three tumors on the imaging scan. When he told them of the nutritional program, they were not interested, they responded "IMPOSSIBLE." Documentation shows earlier stage with full metastasis. Doctors refuse to release the documentation showing "No evidence" because they still think the equipment was faulty, yet, he is still alive and well 2 years later.

His son started the nutritional program for his own glaucoma and nail fungus- both of which are Resolved with " No Evidence". 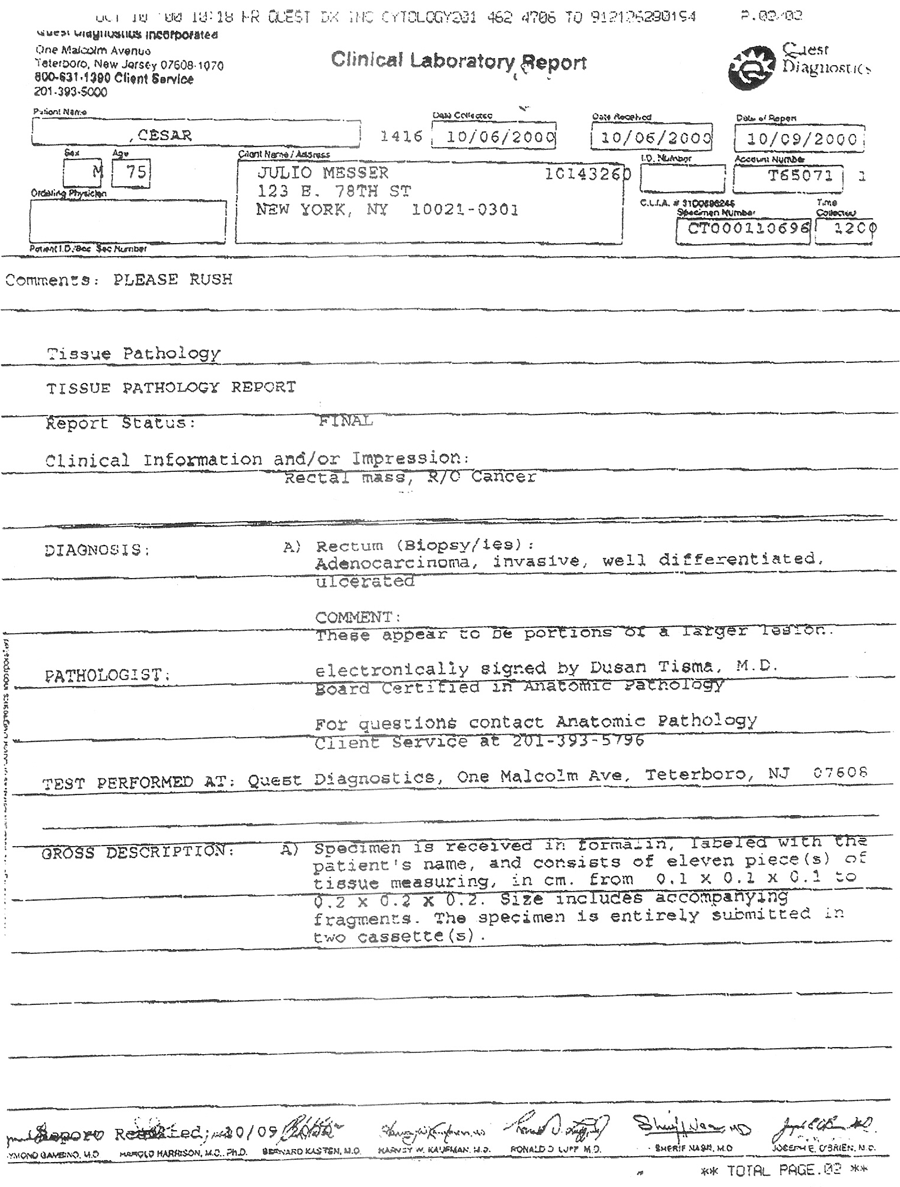