Previous surgery to remove brain tumor in 2005, after which a short period of radiation, in effort to provide a few months survival. After that, Nick came to see us to see whether we could help him. The July 2007 showed no reoccurrence, which surprised all doctors, they were extremely happy and were not expecting Nick to survive beyond a few months after surgery. From there, in December 2007, he went for another scan, again, showed no evidence of progression. Everyone was happy.

The doctor stated that the blood work indicated that he was low on potassium. He went to s different hospital for potassium infusion. I felt that was not necessary, all he had to do was eat more foods with potassium and take potassium supplements. We do not know the details except that where ever he went for the potassium, which was not Stony Brook, who ever administered, gave him something else by error and that error caused his body to have a fatal reaction, he died from the complications of what ever was given to him by error. It was extremely sad, he was such a sweet man who fought so hard and did well, he was doing great and it was fully documented that he was clean with no evidence of cancer when he passed away. Just before Christmas 2007. Our hearts are with his family. 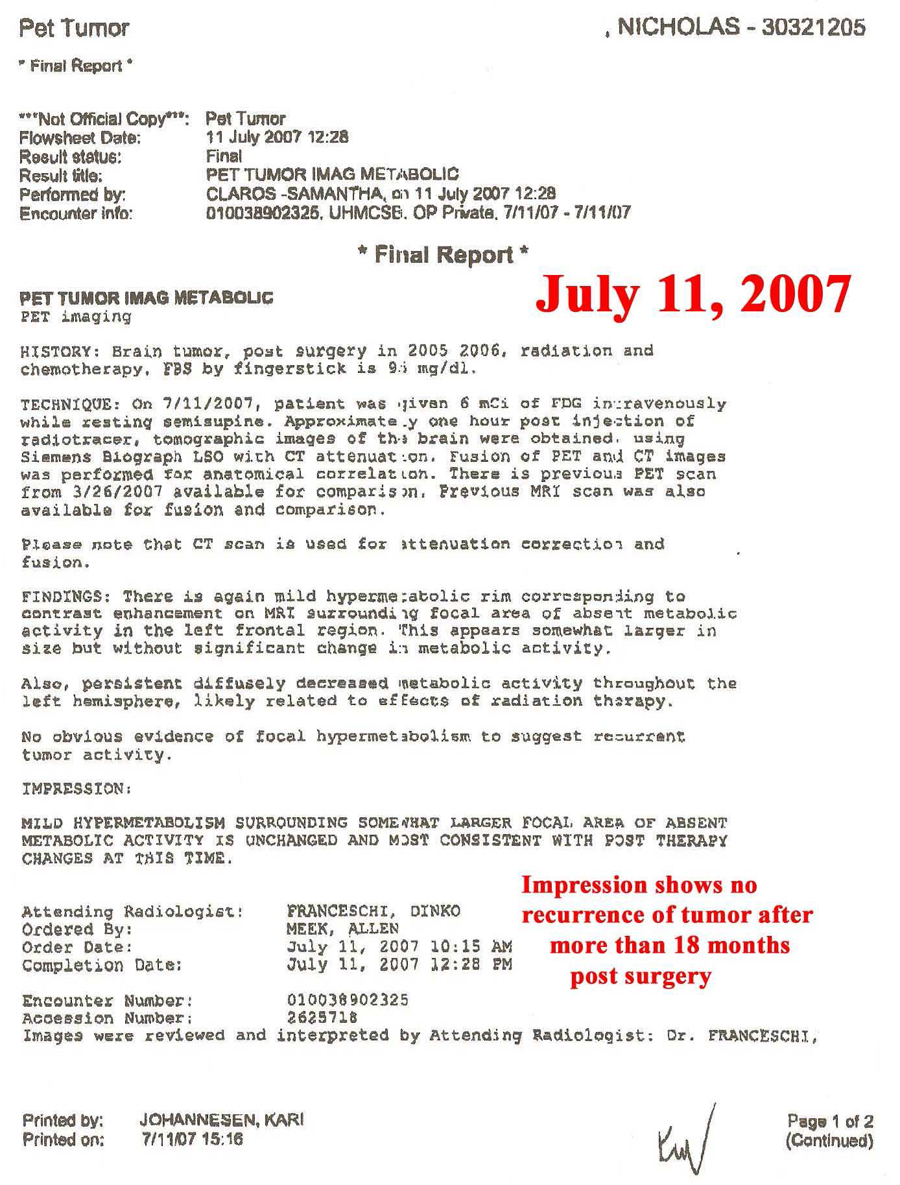